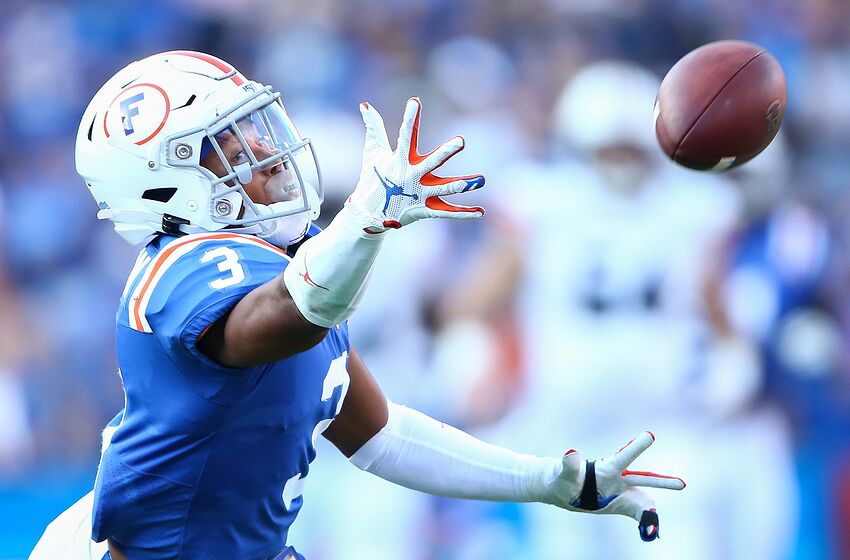 GAINESVILLE, FLORIDA - OCTOBER 05: Marco Wilson #3 of the Florida Gators dives for a ball during the second quarter of a game against the Auburn Tigers at Ben Hill Griffin Stadium on October 05, 2019 in Gainesville, Florida. (Photo by James Gilbert/Getty Images)

It’s been a rush of news about players coming to play for Florida football. But, now we have news of a player staying.

Apparently playing in the Capital One Orange Bowl was enough to keep this Florida football player around for another season.

After a strong 2019 season, redshirt sophomore defensive back Marco Wilson announced in his Twitter account that he was returning for another season with the Gators.

Wilson had a strong 2019 season following a season-ending injury against Kentucky in the 2018 season. He had started two games after being named a third-team All-SEC preseason selection that season.

“I will be returning to the University of Florida for another year,” Wilson said. “Our team has a lot of goals that we are still working to accomplish and I would love to be a part of that experience.

“I cannot wait to get back to work with my brothers for this upcoming season.”

Florida football will have a lot back in its secondary as Brad Stewart Jr., Kaiir Elam, C.J. McWilliams, Donovan Stiner, Trey Dean III, Chester Kimbrough all presumably returning with some form of experience from the 2019 season.

For Wilson, he picked up 36 total tackles on the season — 23 solo and 12 assisted. He also had 2.5 tackles for loss, three interceptions, one quarterback hurry and two pass break-ups.

In the Capital One Orange Bowl, Wilson notched a couple of tackles and a pass breakup in the win for Florida football.

His best games of the season were against Miami and Florida State where he had five tackles in each game. Against the Seminoles, three of those tackles were solo while four were solo against the Hurricanes.

Wilson had interceptions against Missouri, Auburn and Tennessee.

Next: Here's why this is good news for the Gators