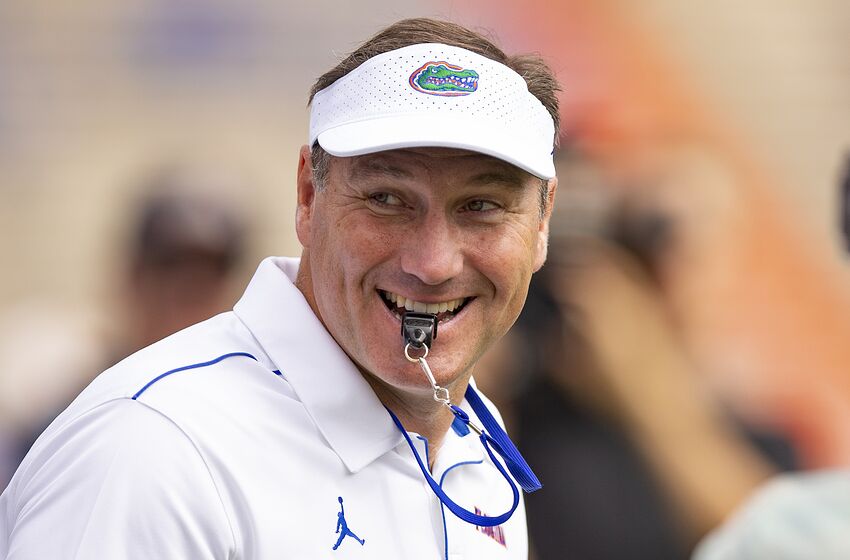 GAINESVILLE, FL- SEPTEMBER 21: Head coach Dan Mullen of the Florida Gators looks on prior to the start of the game against the Tennessee Volunteers at Ben Hill Griffin Stadium on September 21, 2019 in Gainesville, Florida. (Photo by Carmen Mandato/Getty Images)

On Monday, Dec. 30, Florida football will take on the Virginia Cavaliers in Miami at the Orange Bowl.

It is the end and peak of a season that saw Florida football take great steps toward a title.  The Gators put forth another 10-win season and at no time this year did they ever look like they did not belong.

They played straight up with every team they played including the team playing in the national title game this year. And it only gets better.

Yes, this is just another stepping stone as the Gators have had one of their best recruiting seasons in a very long time. Right now 247 has them at No. 8 in the nation with this class and No. 6 in the SEC.

It says a lot about the SEC as well. I have spend a lot of time this year watching film of the recruits that are coming into Florida football.

Although some have us at number eight n a recruiting class, what I see are guys that will make us number one.  The type of young men that Mullen and coaches have brought in are winners and fit the mold of Florida football.

If there was one thing that the coaches of the Gators made a point to do is to get the best players at the positions they needed the most. They accomplished that and then some.

Added guys like Joshua Braun who can flat out play, and Issiah Walker Jr. to the offensive line. This is a huge addition as the run game suffered this season and had its difficulties getting going all year.

These two are powerful lineman who can move defensive tackles or ends out of the way. They will make improvements that will be seen early and often. It is not just about filling in weak areas but it is also about making sure the talent at all positions is there for the future.

Kyle Trask has stated that he will be back next season and Emory Jones will be there as well. But the addition of guys like Anthony Richards who is dual-threat QB that will ensure Florida football dominance for years.

The defense, of course, is a staple of Gator ball and guys like Derek Wingo, a hard-hitting LB who will contribute right away. DBU will continue with the addition of  Jahari Rogers and Ethan Pouncey, two four-star corners that will not disappoint and will carry the DBU tradition well.

These are the type of athletes that are only going to improve the game of the Gators and why the Orange Bowl is only the beginning.

These young men came to Florida football for one reason, to win a national championship. They have made that clear from the day they verbally committed. They are all friends and they wanted to be a part of Gator tradition. And again, it does not stop there.

Tyreak Sapp, the son of former NFL superstar Warren Sapp, is one of the key arrivals for 2021. A DT out of Ft Lauderdale, Florida. is a four-star stud and will continue a legacy of great Florida football defensive lineman.

Clinton Burton Jr, a cornerback out of Baltimore is another four-star guy that can cover with the best of them. He has the speed and the ability to stay with almost any receiver.

Kamar Wilcoxson out of Stone Mountain, Ga. Is a guy that has as much talent as anyone coming into any program. They list him as an athlete and that is exactly what he is. He can throw a ball on a rope 50 yards downfield or catch a ball 50 yards downfield.

He plays defense as good as any DB on the field and what he will bring to the Gators is talent. This is a shortlist of the top talent that will be on campus in 2021.

Orange Bowl is only beginning

So you see, even though this was one of the best years in a while and the team has come a long way in the short time Mullen has been here.

There is still massive room for improvement. As good as Trask is, imagine him with a stout running game as well. As good as the defense was this year some help with those missed tackles, guys that lay the wood and get the tackle, will be welcomed.

The future is bright and is now. There are a few recruits that have enrolled already and are on campus doing their thing. So when we are watching the gators take down Virginia, remember that things are going to be even better.

Next yeat with all hopes, we will be watching the Gators in the CFB playoffs and on the way to a National Championship. It is a great time to be a Gator! 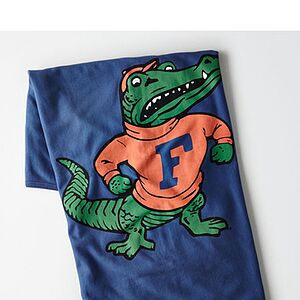 Next: Quarterback Anthony Richardson on campus and ready

No. 9 Florida football will take on No. 24 Virginia in the Capital One Orange Bowl at 8 p.m. Monday, Dec. 30 at Hard Rock Stadium in Miami Gardens, Florida.