SUNRISE, FLORIDA - DECEMBER 21: Kerry Blackshear Jr. #24 of the Florida Gators drives to the basket against Alphonso Anderson #10 of the Utah State Aggies during the second half of the Orange Bowl Basketball Classic at BB&T Center on December 21, 2019 in Sunrise, Florida. (Photo by Michael Reaves/Getty Images)

There’s been a little dismay surrounding the Florida basketball fan base. Especially considering they started at No. 6 in the country.

Remember at the start of the season when there was so much hype surrounding Florida basketball?

Where did it all go?

Oh yeah, 11 games in and the Gators — who were ranked No. 6 in the preseason Associated Press top 25 — are unranked, leaving fans wondering why.

We’ve covered the shot selection problem with Florida basketball. If you haven’t read it, just know the Gators are abysmal from 3-point range, yet they continue to live and die by the 3-pointer.

After dropping games to Florida State and UConn, Florida basketball had a nice run to win the Charleston Classic. Then reality sat in as the Gators haven’t strung together back-to-back wins since.

Coming into Saturday’s game with Long Beach State, the Gators have one big thing to look forward to. And, it’s not the return of an injured star or anything like that.

It’s the start of the Southeastern Conference season. 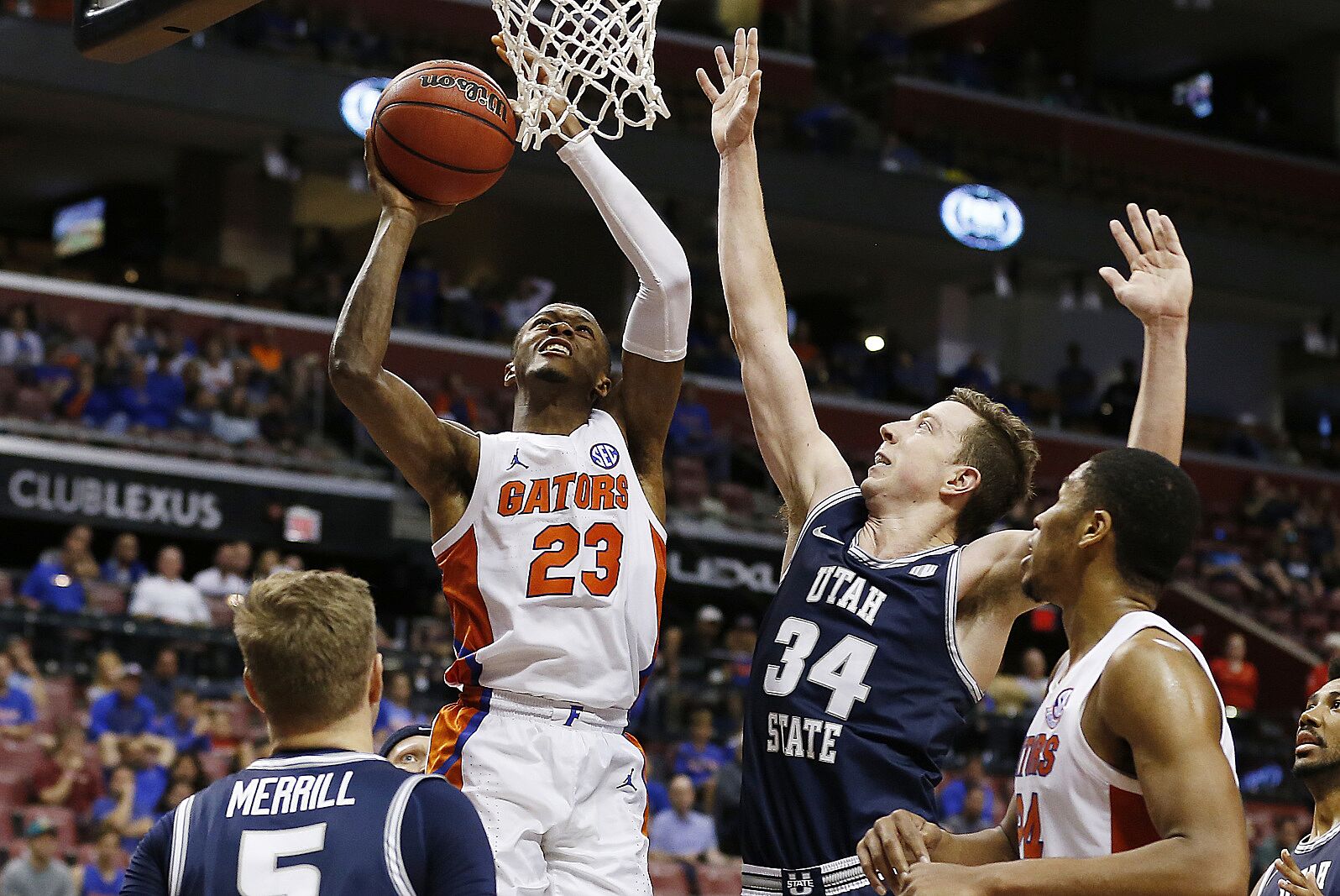 SUNRISE, FLORIDA – DECEMBER 21: Scottie Lewis #23 of the Florida Gators shoots against Justin Bean #34 of the Utah State Aggies during the second half of the Orange Bowl Basketball Classic at BB&T Center on December 21, 2019 in Sunrise, Florida. (Photo by Michael Reaves/Getty Images)

But, why should the Gators be excited about league play? Normally, that is a time for added dread for college basketball teams.

Well, under normal circumstances, that would be true except for one thing — the SEC isn’t really that good this season.

According to KenPom.com, only Kentucky ranks in the top 20 in terms of overall ratings. The next-highest team is Florida basketball at No. 26, followed by Tennessee at No. 27. After that is Arkansas at No. 37, LSU at No. 44 and Missouri at No. 52.

RPI rankings on teamrankings.com show the SEC ranked No. 6 behind the Big East, Big 12, Big Ten, ACC and Pac-12. The conference is only slightly ahead of the American and Atlantic 10 conferences in that category.

When looking at the strength of schedule RPI, Florida basketball is actually the highest-rated in the SEC as the conference ranks No. 5 behind the Big Ten, Big 12, ACC and Big East.

In terms of Sagarin ratings, Auburn is rated No. 8 with Kentucky being the next SEC team at No. 27. Florida basketball is next at No. 39 with Arkansas right behind at No. 40 and Tennessee at No. 41.

Essentially, the big winner in the start of conference play could be the Gators. They could benefit from the fact the rest of the conference scheduled lightly.

So, perhaps we see how the first few weeks of January go for Florida basketball as they have Alabama, South Carolina, Missouri, Ole Miss and Auburn in a row through Jan. 18.

Next: Gators shouldn't rely on the 3-point shot