NASHVILLE, TENNESSEE - MARCH 15: Mike White the head coach of the Florida Gators gives instructions to his team in the game against the LSU Tigers during the Quarterfinals of the SEC Basketball Tournament at Bridgestone Arena on March 15, 2019 in Nashville, Tennessee. (Photo by Andy Lyons/Getty Images)

I really thought Florida basketball had it on lock-down heading into the second game of the season. Well, I may have overestimated things.

Yes, it is early in the season for Florida basketball and there isn’t any reason to start panicking.

But, watching No. 6 Florida basketball take it on the chin against Florida State Sunday was a painful exercise.

The Gators struggled with shooting, hanging on to the basketball and exacting their dominance inside.

And, it led to the sixth straight win for the Seminoles over Florida basketball.

It’s safe to say the Gators have a significant amount of work to do heading into Thursday’s game with Towson.

I know you never tell a shooter not to shoot, but c’mon.

Florida basketball was a disastrous 4-for-22 from 3-point range against Florida State. This included Noah Locke chucking up the ball for what seemed to be to test the rims at the O’Connell Center because that’s all he found on 0-for-7 shooting from beyond the arc.

The Gators shot just 9% from that range in the first half. Nine percent!

Is the pressure on Mike White to win, justified?

On the season, Florida basketball is shooting just 7-for-37 from 3-point range. For the non-math majors, that’s a shade under 19%.

Yes, it’s early and, yes, Mike White has a lot of new players to meld into the system. But, at some point, you have to stop chucking up the rock like you’re playing NBA 2K19 and actually go for shots you can connect with.

For the record, our two opponents thus far have shot 16-for-51 from long distance — including Florida State shooting 5-for-17.

The bottom line is we need to lock down the outside shooting, or at least be smart about when we’re taking those kinds of shots.

No field goals for Blackshear

This one has me a little befuddled.

Virginia Tech graduate transfer Kerry Blackshear was 0-for-7 from the field — that does include an 0-for-2 afternoon from 3-point range for him.

Granted the Gators shot just 28% overall from the field — which is about as good as a recreation middle school team — but for the tallest guy (and probably the most talented) to not score a single field goal is either indicative of Florida State’s offense or the fact that Florida basketball is more content trying for 3s.

I mean, Florida State outscored Florida basketball in the paint, 26-18.

Blackshear did end the game with a double-double (10 points and 13 rebounds) and he was the most active player on the glass, but zero points from the field??

When I first saw that, I got that confused puppy dog look on my face.

But, to dig a little deeper I found something else that struck me as odd. 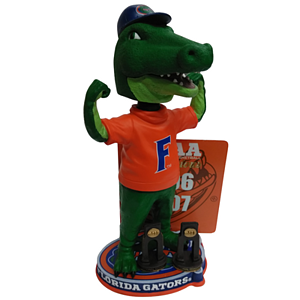 As a team, the Gators had just six assists. Six!

Now, for a big man to score in the paint, he has to be fed the ball. In this game, it was clear that it didn’t happen.

Turning the ball over

Since I mentioned it, I would be remiss if I didn’t explore that little nugget deeper.

That led to 15 points off turnovers for the Seminoles — 11 of those points coming in the second half when Florida seemed to just throw their hands up.

While Keyontae Johnson had a good night — 19 points on 8-for-12 shooting — he also coughed the ball up four times.

It’s just silly mistakes from a pair of players who, although young, still know better.

The thing here is Florida State is not a better team than No. 6 Florida basketball. That was reflective in the game.

But, for some reason, we went out of our way to beat ourselves Sunday afternoon.

That has to get shored up before we get into the real meat and potatoes of our schedule.

Next: Gators rebound, blast past Vanderbilt

Next up for No. 6 Florida basketball is Towson at 7 p.m. Thursday at Exactech Arena.